But let me just refresh everyone’s memory for a minute: so God’s like, “yo, Moses, your people are pretty hard up, building those pyramids and all, so imma gonna help ‘em. Go to Pharaoh and be like, ‘hey, let my people go, dude. If you don’t, God’s gonna get all plague-y on yo’ ass.’” And Moses is like, “wut? I gotta do all that?” and God’s like, “DO. IT.” So Moses says let my people go and Pharaoh says hells no and Moses says please and Pharaoh says hells no (and this goes on for a while), and God sends plagues on Egypt until Pharaoh says “FINE GET THE HELL OUT. Now go before I change my mind.” And the Jews grab their gear and hightail it outta there. With the flat bread that turns to cement in your stomach (otherwise known as “matzoh”).

Ok, now to the books. I’ve put together a brief list of books to read or reread that have something to do with the themes of Passover (slavery/freedom, the creation of a people, a long journey, etc.). Now, the haggadah focuses on how the Jews became enslaved and the process of convincing Pharaoh to let them leave. But here I’m also going to extend the story to include what happened after the exodus began (i.e. the wandering in the desert). Enjoy! 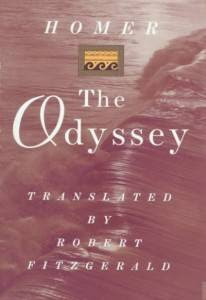 The Odyssey (first transcribed c.725 BCE) by Homer:
Talk about a long journey! The Trojan War is over and Odysseus is all about getting home to his woman, but a bunch of things hold him up, including a freaky cyclops and of course ol’ Scylla and Charybdis. The Passover connection? Well, when the Jews left Egypt and set out across the desert to begin their new lives, all kinds of bad/annoying things went down. And the whining began. The sea wouldn’t part, the sand was itchy, the manna from heaven was boring, Moses was taking too long up on that mountain (etc.). But what would the Jews’ journey have been like without all of these interruptions and calamities? BORING. So there’s that. 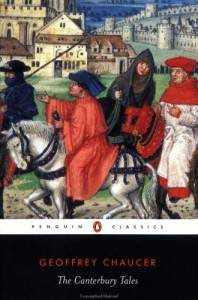 The Canterbury Tales (first transcribed 1387-1400) by Geoffrey Chaucer:
Again, here we have a long journey with a specific endpoint. In the Passover story, the Jews were hoofing it to get to the Promised Land, and there were a lot of Jews, and the journey took 40 years so you can only imagine what that must have been like. The pilgrims in Canterbury Tales, too, form a motley crew, and get on each other’s nerves, and yet they stick together. 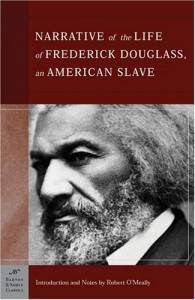 Narrative of the Life of Frederick Douglass (1845) by Frederick Douglass:
Douglass’s Narrative is one of the most powerful texts in English about the spiritual and literal journey from slavery to freedom. Like Douglass, who realizes that he must pursue freedom through his own hard work and determination, Moses pursues freedom by becoming the spokesman for the Jews when dealing with Pharaoh and a mediator between them and God when God feels like hurling thunder bolts at the often whiney group. And of course the story of Moses, the Exodus, and the journey to the Promised Land is a major trope in 19th-century African American literature and music. 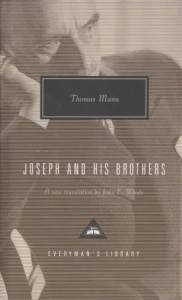 Joseph and His Brothers (1933-43) by Thomas Mann:
Yes, this tetralogy is almost 1500 pages long, but this is Thomas Mann, so it’s completely worth it. Written over a ten-year period, during which the Nazis took power and the world plunged into war, Joseph is an extended meditation on the nature of freedom and determination in human lives (among many other things). Mann tells the story of the Biblical Joseph, sold to some traders by his jealous half-brothers and ultimately taken to Egypt, where he goes from being a lowly servant to a powerful leader. Things go so well for him that, when famine strikes the area, he brings his family to Egypt where there’s food, and they stay there, and before you know it, tons of Jews are in Egypt and the pharaohs are starting to get pretty pissed. It’s at this point that Mann leaves off, and where the story of Passover begins. Mann’s tetralogy- I really can’t explain how lyrical and mesmerizing it is. You become part of the narrative just by reading it, seeing ancient Egypt through Joseph’s eyes, hearing the sounds of trade and the Nile, smelling the spices and animals…Trust me, set aside a month or whatever and read Joseph and His Brothers. 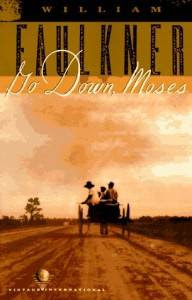 Go Down, Moses (1942) by William Faulkner
Faulkner took this title from the African American spiritual that includes the refrain:

This spiritual is also famous for having been sung by the famous African American contralto Marian Anderson in the 20th century. Faulkner’s novel focuses on race relations in the American South from before the Civil War until World War II. The book itself, though, is not so much a “novel” in the traditional sense as a series of interconnected stories that view race and family from a multitude of angles. 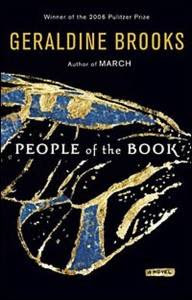 People of the Book (2008) by Geraldine Brooks
This novel by Geraldine Brooks is one of my all-time favorites. It focuses on an actual historical haggadah that was created in medieval Spain and traveled around the world, picking up bits and pieces of the lives it touched and fossilizing them within its beautifully-illustrated pages (an insect’s wing, a wine stain…). Brooks alternates between imagining the people through whose hands the haggadah passed and describing the work of Hannah Heath, a rare-book expert who is hired to uncover its secrets and help preserve it for the future.

Well, there you have it. If anyone at the seder table asks you what you’ve been reading, you can whip out this list and tell ‘em. Don’t be offended if their eyes glaze over, cause you do sit at that table for a really long time and then there’s all that food and the cardboard-tasting matzoh and everything. You’re welcome.