Recently, I asked Chad Post of Open Letter Books about the current state of literary translation. Here’s what he had to say about translating women writers, the Best Translated Book Award, and much more:

Rachel Cordasco: What kinds of changes have you seen in the world of translated books over the past several years (i.e. the proliferation of small presses specializing in translation, efforts to translate more women and writers from underrepresented countries, etc.) ?

In Translation: February Fiction and Poetry

Looking for some fabulous titles in translation to get you through the February doldrums? Well, look no further than these works of fiction and poetry from India, France, Austria, and Germany. You. Are. Welcome.

The End of Days by Jenny Erpenbeck, translated from the German by Susan Bernofsky (New Directions, 320 pages, February 8)

Now out in paperback, Erpenbeck’s award-winning novel The End of Days follows one woman as she dies five different times. Each death occurs at a different moment in the 20th century, allowing Erpenbeck to explore the nexus of the personal and the historical.

A Friendship Forged With Books 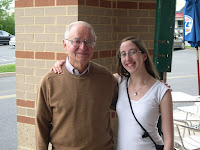 I met some wonderful people during my time as an undergraduate English major, but one of the greatest has to be my friend Hamilton, who turned 97 this year.

You read that right. Dude is NINETY-FREAKIN-SEVEN and still going strong- reading, visiting with family, reading, talking to me on the phone every few months, and READING. The man loves books.

I first met him in a fiction workshop during my second semester, and I wasn’t very surprised to hear that he was auditing the class. Many seniors (as in 50 years old and over) did just that, spending their retirement learning new things and interacting with professors and younger students; basically, what I hope to do when I’m ninety-freakin-seven years old.

Books We Hope Nobody’s Checking Out

You may have seen this recent story about the United Nations library and how its most “popular” book of 2015 was entitled – wait for it – Immunity of Heads of State and State Officials for International Crimes.

Now, only a few people checked it out BUT STILL. Pretty disturbing. So of course we here at Book Riot started thinking about other examples of books we would hope certain people would not ever ever ever check out.

**Note that these titles were all made up by us and do not exist in the world (at least, we hope not).**

The bleak and desolate expanse of eastern Ukraine is the backdrop as well as a major character in Zhadan's novel, first published in 2010. Since that time, fighting among various factions has made the area deadly and life there uncertain. This makes reading Voroshilovgrad and following the news of the Ukrainian conflict oddly unsettling.

A strange mixture of magical realism, road novel, and spiritual journey, Voroshilovgrad follows the seemingly-random wanderings of Herman Korolyov, who is called away from his sketchy political job and friends to deal with the sudden disappearance of his brother. Herman journeys back to his childhood town and the gas station his brother had been running on the Kharkiv highway in order to figure out what to do with the business now that his brother has left (for Amsterdam? It's never clear).

Email ThisBlogThis!Share to TwitterShare to FacebookShare to Pinterest
Labels: Books to Look For, literary fiction

From the TBR Shelf #52: The Dark Tower V: Wolves of the Calla

The Dark Tower V: Wolves of the Calla (2003) by Stephen King


Yup, this is my favorite Dark Tower book- so far.

It's concentrated and self-contained, even as it continues the main themes of questing and good vs. evil that run through the previous books. Here, a small farming community- Calla Bryn Sturgis- is preparing for a once-in-a-generation attack by unknown creatures. As had happened many times before, these creatures swoop in, take one twin from each pair in the community (most children born there are twins), and whisk them off to an unknown location. These children are ultimately sent back to their families, but with significant physiological and psychological problems. No one knows why they are taken, or what is done with them. But this time, instead of just letting the kidnappings happen, the people of Calla Bryn Sturgis are determined to fight. They ask Roland and his ka-tet (who are passing through their region) for help.


Party Headquarters is the latest in a string of post-Soviet-Union literature that has passed through my hands lately, revealing yet another piece of the puzzle that is life in modern Eastern Europe.

This particular novel, set in Bulgaria and Germany, explores the legacy of deceit and greed that has continued even after the dissolution of the Soviet Union.  While reading this, I found myself thinking about how it connects to my own life (having been born just a few years before the Chernobyl disaster). When, for instance, the unnamed narrator of PH wonders how politicians could have kept the news of Chernobyl secret from people across the region, allowing them to unwittingly poison themselves, all to guard the top party leaders from censure, I think about what one of my Ukrainian friends told me once. She said she was told not to ever stay in the sun too long, even while wearing sunscreen, because the radiation from Chernobyl vastly increased her risk for skin cancer. She and her family had left Ukraine just a few years after the disaster.

In Translation: January Fiction and Poetry

This first “In Translation” post of 2016 is brought to you by Denmark, Japan, Russia, and Finland, and by 208, which is the number of pages in THREE OUT OF FOUR of the books I’ve highlighted here. That was not done on purpose. I’m still trying to figure out what it means.

This Should Be Written in the Present Tense by Helle Helle, translated by Martin Aitken (Soft Skull Press, 208 pages, January 12)

Danish writer and literary prize-winner Helle Helle brings us the story of Dorte, a 20-year-old girl leading a double life in an effort to figure out who she really wants to be. Considering Helle’s popularity in her home country (Denmark) and around the world, This Should Be Written in the Present Tense is one to watch for.

In Translation: December Fiction and Poetry

I don’t know about you, but it’s December and it’s cold and all I want to do is sit on a sofa chair drinking hot chocolate while reading a book. Wondering what you should read this month? I’ve got some suggestions, and they’re comin’ atcha from Egypt, Georgia, India, and Algeria. Enjoy!

Winner of the Sawiris Foundation Award for Egyptian Literature, Drumbeat offers us a compelling look into the very heart of a stratified society and its relationship to sports and national pride.

Catching Up with Author Sigal Samuel

Sigal Samuel is an award-winning fiction writer, journalist, essayist, and playwright. Currently opinion editor at the Forward, she has also published work in the Daily Beast, the Rumpus, BuzzFeed, and Electric Literature. She has appeared on NPR, BBC, and Huffington Post Live. Her six plays have been produced in theaters from Vancouver to New York. Sigal earned her MFA in Creative Writing from the University of British Columbia. Originally from Montreal, she now lives and writes in Brooklyn. The Mystics of Mile End is her first novel.

Books to Look For (February): Biography/Autobiography