Steinbeck novels seem to find me, rather than the other way around. I've picked up some of his lesser-known works at library book sales, garage sales, and used book stores. Usually, I'm like, "hey, a Steinbeck I've never heard of before. MUST GET IT."

Well, that's what happened with East of Eden. Actually, I don't remember where or when I picked it up, but it was sitting in my TBR bookcase a couple of years ago and I decided to dive in.

Long ago, in a galaxy far, far away, I was given the opportunity to lecture on American Literature. It was a daunting challenge: I was expected to stand on a stage, face hundreds of students, and talk about literature in a way that was both entertaining and informative. But as I had seen during my time as a TA, many college students didn’t get my brand of humor. My jokes would fall flat, my literary puns would dissolve into nothingness, and my guffaws over hilarious scenes would send my students scurrying under their desks.

So I thought about how to make my lecture fun for all of us without scaring everyone away and then it hit me: MUSIC! Almost everyone loves music. Why not pair the texts I’m assigning with appropriate musical selections?* I’d play the music as the students filed into the lecture hall, and then again when they left. It would serve as a kind of soundtrack to the class, and perhaps introduce students to music that they never knew they liked.

Because my mom is into World War II novels and histories, and because we swap books frequently, I've read a tonnn of WWII fiction. I can safely say, though, that Love & Treasure is one of the best I've read in a very long time.

Taking as her central element the true story of the Hungarian Gold Train (which carried items stolen from Hungary's Jews during the Holocaust), Waldman weaves a complex fictional tapestry involving characters from three different eras. Jack Wiseman, an American soldier ordered to guard and take inventory of the train's contents at the end of the war, is ultimately burdened with the knowledge that the items will never and can never be returned to their rightful owners, since nearly all of them were murdered in the camps.
Read more »
Posted by Rachel S. Cordasco No comments:

Email ThisBlogThis!Share to TwitterShare to FacebookShare to Pinterest
Labels: review

Books to Look For (April): Shakespeare

(April has SO VERY MANY Wednesdays, so here's an extra BtLF post, in honor of Willy Shakespeare's birthday)

We don't know much about Shakespeare, but why should that stop us from imagining what he was like before he became playwright-extraordinaire?? Jude Morgan does just that, offering us a different kind of glimpse into Shakespeare and his world. And Morgan's done this kind of thing before in his historical novel about the Brontë sisters, Emily and Charlotte. So turn off Shakespeare in Love and dive into The Secret Life.

From the TBR Shelf #15: Emily Post by Laura Claridge

I'm not really sure why I requested this audiobook from the library a few months ago, but request it I did, and listen to it I most certainly did, and I'm here to say that it was worth it- every minute of it.

Emily Post: to me, that name conjures up a hazy impression of something-something-table-manners and something-or-other politeness. And something about advice. Other than that, I knew nothing about the woman whose name has become synonymous with those nouns I just mentioned. But then the book jogged my memory- I remembered having heard that she and I share a birthday. What I hadn't known, though, was that we also share a birthplace: Baltimore. I know- freaky.
Read more »
Posted by Rachel S. Cordasco No comments:

Email ThisBlogThis!Share to TwitterShare to FacebookShare to Pinterest
Labels: audiobook, From the TBR Shelf


I read this wonderful novel fairly recently, even though I had wanted to read it for years. And I have to tell ya, folks- IT'S PRETTY OUTSTANDING.

Now, if you've read Eugenides before, you'll know this "outstanding" thing already. If you haven't yet read Eugenides, well- I've only read Middlesex so far, but I imagine his other books are also pretty great.

The Dorothys of Crime Fiction 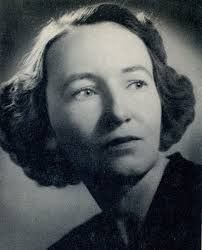 It’s April, and as many of you know, I spent the previous month immersing myself in crime fiction. (Now I’m immersed in the 1100+-page novel that is Cryptonomicon, but that’s a different story…).

Aaaanyway, while I was bringing myself up to speed (speedily) on the history of American crime fiction, I noticed something…interesting. Lots of detective/crime/mystery writers were named “Dorothy.”

And like I said, it’s April, and the Dorothy in my life (my Grandma Dorothy) would be 99 this month if she were alive today. She was vivacious, she was dynamic, she commanded attention and was loved by friends and family alike. And she loved a good story.

So, in honor of my Grandma Dorothy and her April birthday, I hereby introduce you to six Dorothys of crime fiction:

I read Larry Niven's crazy and fun adventure that was Ringworld several years ago, and Shipstar looks similarly awesome. A sequel to Benford and Niven's Bowl of Heaven, Shipstar is about a human ship-on its way to colonize another planet-that encounters a huge bowl cupping a star, with a massive habitable area. Of course, the humans go exploring and all kinds of bad things go down. Add this one to your TBR list.

From the TBR Shelf #14: Cryptonomicon by Neal Stephenson

So if you're into cryptography, computers, World War II history, submarines, the Philippines, or engineering, you'll love this book. And even if you are only interested in one or two of those things, and know little of the others, you'll still enjoy the story (i.e. I know some WWII history and a little bit about the Phillipines during the Spanish-American War and beyond, but all I know about computers and cryptography is what happened to stick in my mind when people have tried to explain it to me).
Read more »
Posted by Rachel S. Cordasco 1 comment:

Email ThisBlogThis!Share to TwitterShare to FacebookShare to Pinterest
Labels: From the TBR Shelf

I don't know about you, but I always connect the Spanish Civil War (1936-39) to writers like Hemingway, Orwell, and Auden- probably because that's the only time I learned about that conflict. Vaill, though, takes us deeper into the background of those who joined the Spanish Republican side: writers, journalists, and photographers who shaped how we think about truth in reporting and the rise of photojournalism.

In the spirit of a “reading challenge,” I decided earlier this year to devote the entire month of March to crime fiction (mostly American). Why that particular genre? It had been beckoning to me furiously after I devoured five Agatha Christie novels in one gulp a couple of years ago, but there were always other books claiming my attention. After all, 90% of my TBR shelf is literary fiction or history; I simply didn’t own any contemporary crime fiction. Now, I had read Capote’s In Cold Blood, Poe’s mysteries, Collins’s The Moonstone, and all of the Sherlock Holmes stories and novels, but I wanted to get a better sense of the 20th-century American scene (basically beginning with Hammett in the 1930s). I wanted to understand what “noir” was really like on paper (since I had seen plenty of it on film and tv).

So I asked my fellow Rioters and bookish twitter buddies for some recommendations and whittled them down to seven novels. I chose them based on the following criteria:

The Moon and Sixpence (1919) by W. Somerset Maugham

This lovely novel by Maugham (who also wrote the autobiographical masterpiece Of Human Bondage [1915]) takes its inspiration from the life of French artist Paul Gauguin. Charles Strickland, a middle-aged English stockbroker, decides one day to abandon his banal life in order to devote himself to painting. Leaving his wife and career for an unknown future, Strickland embraces an existence fully devoted to creativity, and while his abrupt renunciation of his past life may seem callous, his courage to pursue something socially deemed "impractical" for something he loves is also inspiring.

And if you're into novels about painters, also see Émile Zola's The Masterpiece (1886), which is based on the life of Paul Cézanne.

Alright, guys, you know that I'm a major lover of vivid and funky sci-fi/fantasy cover art (refresh your memory here if necessary). So you won't be surprised when I fall all over myself to show you some of the beautiful images recently (and not so recently) featured on the cover of Apex Magazine.

Like great literature, great art invites you to make connections across time and space, recognizing older, influential works in newly-painted landscapes or portraits. This is what happened when I looked at recent Apex covers, particularly those featuring solitary female figures. Below are four of my favorites:

Email ThisBlogThis!Share to TwitterShare to FacebookShare to Pinterest
Labels: general

At just under 300 pages, Black Moon is like a fast-moving train glimpsed through a window. (Sorry if that sounds strange, but I find it helpful to think visually about a book I've just finished).

Let me explain. Imagine glancing out of a window at night and seeing a train rushing by, but you can't see either end of it. You hear it and see the flashing lights, and you know that it's moving, but that's all the information you have. Your first question might be, "How long is this train?" or "Where is it going?"
Read more »
Posted by Rachel S. Cordasco No comments:

Email ThisBlogThis!Share to TwitterShare to FacebookShare to Pinterest
Labels: review

Dare I even admit that I haven't yet read John Updike? Oh wait, I guess I just admitted it. Well, now I really want to read his novels, especially the Rabbit tetralogy, after checking out this new biography. Updike strove to "transcribe middleness with all its grits, bumps and anonymities," like a modern-day Naturalist writer, allowing him to dissect and analyze suburban America in a multitude of novels, poems, short stories, and critical essays. Looks awesome.