Ok, so I have this thing about time, history, and terminology, being an English-major-who-sometimes-thinks-she-should-have-been-a-history-major kind of gal. And not many things get my hackles up, but when I encounter those that do, I get kinda mad.

“So what specifically provoked this rant?” I hear you asking. Just this: I recently heard someone call The Catcher in the Rye an “old” book.

What do I consider “old”? Here’s my thinking (and yes, it’s somewhat arbitrary, but not wholly so):


1. The Earth is billions of years old.

2. Humans have been communicating with each other through some form of writing for thousands of years.

3. English speakers today can read and understand Shakespeare’s plays (written between the late-16th- and early-17th centuries) without too much difficulty.

So if you agree that the Earth is billions of years old, that puts things in perspective. Because even just one billion of something is *e-hem* a lot. So if something is a billion years old or more, yeah, I’d say that’s OLD.

Humans have also been writing stuff down and passing it around to one another for quite a while. And as anyone who was assigned the Canterbury Tales or Beowulf in school knows, anything written in Middle English or Old English must be translated to be understood by today’s readers. So if you know you’re reading a form of English but you absolutely have no idea what the words mean, it’s probably safe to consider it OLD.

And while some may disagree, it really isn’t impossible to read Shakespeare’s plays alone, while sitting on a sofa, without a dictionary or guide sitting next to you. It’s not easy, no, but it’s not impossible, because the dude wrote in Modern English, i.e. it’s not really that different from the English we speak now. For real. Go look at Hamlet or Romeo and Juliet. I’ll wait.

Let’s bring it all together, then, and if we accept that humans have been communicating with one another through writing for a long, long time, and telling both written and oral stories for a long, long, time, then we can’t really say that a book written in the middle of the last century is old, now can we?

How about the man whom some consider to be the father of the Modern Western Novel, Samuel Richardson? Dude wrote in the 18th century, and if you’ve ever attempted to read more than 200 pages of his doorstopper, Clarissa, you’ll know that you really don’t need to struggle to understand it, even if it is about a million pages too long (sorry Richardson lovers, don’t hurt me);

So, NO, The Cather in the Rye is not “old.” Neither is The Great Gatsby, or The Jungle, or As I Lay Dying.

So which texts would I call “old”? Well, here’s one 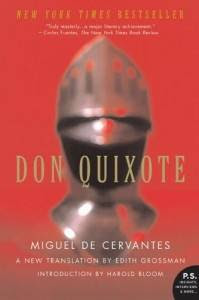 and here’s another one 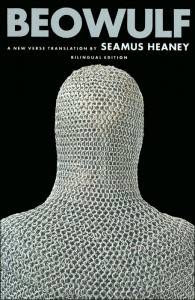 and yet another one 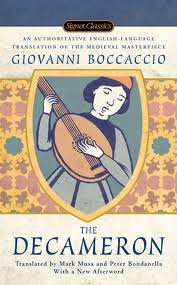 These were all written before 1700. Now, I know some scholars of Medieval or even Renaissance lit who would not even consider these very “old,” but it really depends on your perspective. If you don’t usually look past your own generation and consider anyone who doesn’t use a computer “ancient,” for instance, then almost anything looks “old” to you.

And what it all comes down to is this: often we equate “old” with “irrelevant,” and wrongly so. Many think that “old people” aren’t relevant because they don’t understand our latest gadgets or priorities. “Old technology” is not as fun as the new stuff. “Old clothes” might have holes or stains and are discarded.

But others see the value in “old” things. History teaches us that human endeavor and achievement is often cyclical, that human nature doesn’t change much, that wars and inventions and discoveries have been happening for tens of thousands of years. We learn from people who have lived longer than us, from texts that have probed the human soul, from works of art scratched out on cave walls. We can learn from these things and try to make ourselves more moral, more empathetic, and more compassionate.

While “old” is ultimately an arbitrary label, we can draw the line somewhere. And a text written when our grandparents were young chippies is very relevant to us today, since we are still feeling the effects of, for example, World War II and the Great Depression, the Baby Boom, Vietnam, and the Kennedy assassination. Those really didn’t happen all that long ago.

So what I’m saying is, don’t dismiss a book because you consider it to be “old,” because chances are it is relevant to your life. And let’s try to be more precise when we use language- when we call things “old” or “new”- because accuracy is pretty awesome, right?