I’m not usually the sentimental type, but when I think back on those bookstores I used to frequent that are now closed, I gotta admit I get pretty teary.

One of these bookstores was a part of my younger life back in Baltimore, and two were in Madison, where I currently live. I list them below in the order in which I discovered them.

And so, to honor these three bookstores, I give you this, my lament. It may be late, but here it is, nevertheless.

Goodbye, Bibelot, you sprawling palace of bookery on your very own corner right off of the main drag. You allowed me to wander much further than Waldenbooks, and you had such large Literature and History sections that I would nearly swoon upon entering. And when I say “Literature,” I mean you actually had a LITERATURE SECTION, separate from the fiction section. And you had a music section! With lots of classical music and ’60s rock! AND YOU HAD A CAFE! Oh, just the thought of going to Bibelot to drink hot chocolate and wander ‘mongst the books overwhelmed me with joy in my tender high school years. Even when I went to college and came home on breaks, I’d come visit you like we were old friends. And, sad day, when I heard that you were closing, I felt supremely stunned, and didn’t know what I would do without you. Sure, there were other bookstores in the world, but it just wasn’t the same. And I have to admit that, when my mom called me at college and told me that you were clearing out and did I want her to grab any last-minute deals, I said yes and hung my head in shame. Because I’m a shameless book vulture. But those last few books- a collection of Greek poetry and some Dickens novels- are all that remain of you in my world. Those and my memories. 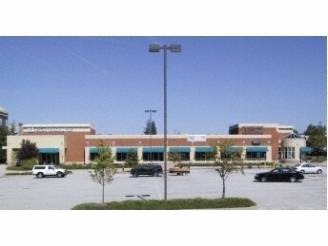 Goodbye, Star Books, a place I found after having lived in Madison for a few years. You were located quite far from my apartment, and I only happened upon you by accident while riding my bike to hang out with some friends. Always on the lookout for books, I thought I saw a flash of bookishness when I passed the gas station on your corner, and, sure enough, after nosing my bike around a car, there you were. You were wonderful precisely because you were full of surprises and a fabulous collection of used books. While looking for some Cather or Wharton I’d find an obscure Sarah Orne Jewett work. While looking for T. S. Eliot, I’d find Henry Reed. And, surprise of surprises, while looking for Thomas Mann I’d find Heinrich Mann! What?! I thought. Thomas had a brother? Who was a novelist???? It was on your shelves, Star Books, where I found that Heinrich Mann novel Man of Straw, which was surprisingly good and led me to look further into the Mann family of Lubeck. Yes, you were full of surprises. And even though the older dude with the long gray beard and thin-rimmed glasses standing at the cash register would glare at me suspiciously while I romped, I had a wonderful time. I would only pull myself away when the light would fade in the sky and I faced a dark bike ride home (not something to look forward to). And then, one day, you closed without telling me. I found out while on a random bike ride. It was the end of an era.


[ALAS I COULDN'T FIND A PHOTO OF STAR BOOKS]

And finally, goodbye Frugal Muse, you lovely bookish haunt tucked away in the corner of the Northgate Shopping Center. I must admit, I didn’t browse your shelves as often as I’d have liked, but when you have traded in your bike for a car, you find yourself zooming from place to place instead of wandering and discovering. I did my best, though, to visit you, finding multitudes of cheap, used science fiction paperbacks and all those history books that they sell at the large chain stores for a million dollars (and you sold them for much less). It was my husband who spotted your closing sign, and I bid him unceremoniously to PULL OVER so I could find out what had happened. Apparently, you just couldn’t keep this northside location going because customers were becoming few and far between and you already had another location on west side of town to maintain. It was terribly sad, walking amongst books piled in boxes, shelves half empty. But, book-vulture that I am, I grabbed some great stuff: a Trollope novel, Eggers’s memoir, a cute little heavily-abridged version of Gibbons’s Roman Empire opus. The Northside will be lost without you, and now I’ll have to haul my backside over to the west side to revel in the indie bookstores that make their home there. 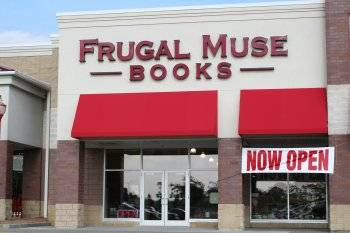 Well. The Bibelot is now a Barnes and Noble. Star Books is a video store, I think, or a restaurant. Who knows what will take the place of Frugal Muse. I’ll remember you all, though, and keep alive my dream of one day opening my own store on the Northside of Madison. Someday, perhaps.