It isn't often that you encounter a novel brave enough to take on difficult and current political and social issues head on. That's what makes Fade to Black stand out- here, Zoë Beck weaves the threat of terrorism, war, and conspiracy in modern-day London into a gripping narrative that doesn't let the reader take a breath until the very end. And thanks to a flawless translation by Rachel Hildebrandt, us English-language readers can jump right in, without even realizing that it was originally written in German.

Review: Threads in Dew and Other Stories by Katja Bohnet, translated by Rachel Hildebrandt


From Weyward Sisters Press comes another powerful collection of stories, this time by German author Katja Bohnet. Gritty, hard-edged, and abrupt, these pieces explore the nooks and crannies of "noir," veering toward speculative fiction at times, careening toward horror at others.

The title story, along with "Asia, Mid-Flight" and "Indonesian Ping Pong," feature travelers encountering terrifying situations: getting stabbed in a cheap hostel, (imagining) getting sucked out of an airplane via the bathroom, dealing with shady characters on sparsely-populated islands. Bohnet's sentences are short and precise, like the stories themselves, taking us to the point without any fuss while leaving us lost in thought at each conclusion.

Review: A Contented Man and Other Stories by Zoë Beck, translated by Rachel Hildebrandt


Zoë Beck's dark, haunted collection is Weyward Sisters Publishing's second offering (see my review of the first- Snow Flurries and Other Stories), and it will make you clamor for more.

Each of the four stories- "A Contented Man", "Rapunzel", "Still Waters", and "Flann, the Púca"- showcases Beck's talent for crafting quietly horrifying tales, be they stories of obsession, blood feuds, or creatures out of folklore. They are told without embellishment, building up slowly but inexorably to disturbing ends.

Email ThisBlogThis!Share to TwitterShare to FacebookShare to Pinterest
Labels: Germany, In Translation, review

In Translation: July Fiction and Poetry

I’m very excited about the fiction and poetry out in translation this month: we have the first book of Mongolian poetry to be published in the U.S. (thank you, Phoneme Media!), fiction from Jordan about the aftermath of the Arab Spring, a new novel by award-winning Mexican author Carmen Boullosa, and a work of experimental fiction by Chile’s Alejandro Zambra. It’s going to be a good month, guys.

Before by Carmen Boullosa, translated by Peter Bush (Deep Vellum Publishing, 120 pages, July 26)
A bildungsroman, ghost story, and revenge novel all rolled into one, Before has won Reforma’s “Best Novel Published in Mexico” award and the Xavier Villarutia Prize for Best Mexican Novel. Here, Boullosa explores the end of innocence through one woman’s return to the scenes of her childhood.

Goodbye, Elie Wiesel, and Thank You

Yes, 2016 has felled many well-known writers, musicians, and other cultural icons, but the recent death of Elie Wiesel is, for me, particularly upsetting. I don’t know why, but I’d always assumed that he would be around forever, reminding us of our better natures and the strength and hope of basic human morality.

You’ll find many remembrances of and interviews with the Auschwitz survivor, Nobel Peace Prize winner, and prolific author in the coming days, so this post will focus on his most well-known works. After all, Wiesel is no longer physically with us, but his words live on, and that is crucial when we remember the millions of victims of the Holocaust.

(You can find a complete list of Wiesel’s books here.)

Review: The Noise of Time by Julian Barnes

I've been a Shostakovich fan for a long time, but not entirely because of his oeuvre (I love some of his music, but not all). It was also the Shostakovich mystique that intrigued me- that aura surrounding the composer's life and the questions that dogged him even after death.

And then I heard about Julian Barnes's biographical novel based on Dmitri Dmitriyevich Shostakovich's life under Soviet terror and I knew I needed to grab a copy immediately.

Review: Before by Carmen Boullosa, translated by Peter Bush


First published in 1989, Before is the kind of novel that constantly points back to itself, emphasizing its own hyper-real narration and downplaying, if not outright obfuscating, important "facts." For instance, is the narrator dead? Is Esther actually her mother (seems so), but then why won't the narrator refer to her as her mother for most of the book? I could go on..

Not having certain answers, though, doesn't matter here- it doesn't matter if the narrator is dead because her words are extraordinarily alive. Take this passage in which she reflects on "memory":

I wouldn't dare live through what I experienced as a child because, once recollected, the facts turn into dangerous needles that could sew up my heart, sear my soul, and turn my soul into strips of dead flesh. As we live we hardly realize that we are alive...To relive what we've seen by the lucid light of memory would be unbearable and, as far as I'm concerned, I wouldn't be brave enough. (68)


Throughout the novel, the narrator explains that she is gripped by fear, hounded by it even, and her world is not the stable world of objects and people that are what they seem. Rather, as in this passage, even the act of remembering is fraught with danger, because something as intangible as that can transform itself into threatening needles. She constantly hears footsteps and roams the house at night searching for their source (but to no avail). At times, she encounters other girls who also hear these steps, but one disappears and the other never discusses it.

And then, without warning but nonetheless seamlessly woven into the plot, the magical realist elements emerge: a dresser that can transform drawn objects into tangible ones, shadows without corresponding objects, magical stones that take away the narrator's dreams...

Everything is in flux and in motion in Before, corresponding to the narrator's emotional and psychological state leading up to and including the twin traumas of losing her mother and achieving puberty. A nameless, shapeless Fear embodies this sense of hyper-reality for the narrator:

I was afraid, this time afraid of everything and everybody. Not only what pursued me was a threat, what surrounded me was too: my white bedroom curtains, curtains alive like insects, like animals caged in a zoo I wouldn't want to visit, slumbering beasts awoken and enraged by my presence. And the curtains were nothing by the side of the stormy sea, the sea of the floor of the house! (101)

Not to get too autobiographical here, but this shapeless, indeterminate fear reminded me of my own childhood in some ways, where anything I encountered that didn't fit into my understanding of the world terrified me. I'm pretty sure that most kids experience this in one way or another, but at the time (age 6-12), I was scared of the most random things: revolving dioramas, certain paintings, examples of new technology...It could pounce at any moment, and despite being surrounded by family or friends, I'd feel helpless and alone, trapped in my own brain. This kind of unexpected, nameless fear is probably a holdover from our ancestors, who had to be ready for everything from wild animals to natural disasters and poisonous plants.

Anyway, I look forward to reading more of Boullosa's work (and there is a lot of it, which is good), and I urge you to check out Before.

Review: Snow Flurries and Other Stories by Romy Fölck, translated by Rachel Hildebrandt

This compact, gut-punching collection is the first release from the new Weyward Sisters Publishing, which focuses on international noir and crime fiction by women writing in Germany, Austria, and Switzerland. After all, what better way to announce yourself than by giving the world four stories that turn questions of morality, revenge, war, and memory on their heads?

Snow Flurries is relentlessly bleak without being depressing as Romy Fölck introduces us to the world of the former East Germany. Taken over by the Soviet Union at the close of World War II, it became the site of repression, shortages, and terror. In Fölck's stories ("Snow Flurries," "The St. Paul's Pact," "Elbe Glimmers," and "Old Guilt"), we witness the collision of past and present as old resentments are handed down across generations and past crimes return to haunt their perpetrators.

You may have seen this blog post of bookish insults floating around the internet, and they’re pretty amusing. But we here at the Riot figured that we’d try our hand at some really mean bookish insults- like, the kind of insults that would make your professors visibly cringe and send most well-adjusted people crying for their mommies. Now, Brenna recently gave us a new installment of literary Yo Mama jokes, but we’d like to add some more insults to the mix here. Enjoy, and only use when necessary because they leave scars.

Books to Look For (July): Biography 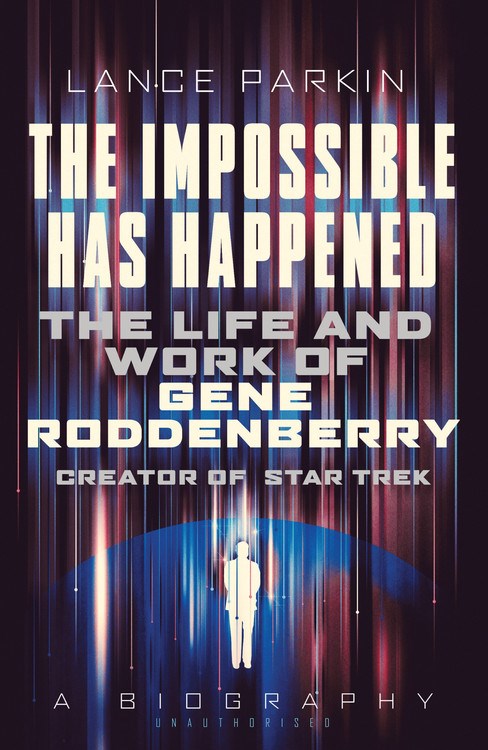 There’s a great big world out there, filled with accomplished authors writing in every language. Speculative fiction is an especially vibrant genre, and with works like Cixin Liu’s award-winning Three-Body Problem garnering much-deserved applause here in the U.S., and multiple anthologies of Spanish-language fiction becoming available, there’s never been a better time to build your TBR list.

In Translation: June Fiction and Poetry

Here Frémon distills some of Marcel Proust’s most beautiful prose into “Proustiennes,” inviting us to delve (back) into the extraordinary À la recherche du temps perdu and belle époque Paris.

The Genius of the Dark Tower

You’ve probably heard that a Dark Tower film is actually in the works, starring Idris Elba and Matthew McConaughey (slated for next February). Are you excited? BECAUSE I’M EXCITED. I only just finished listening to the entire series, a journey that took 10 months. Why so long? I started it just after my daughter was born, and listened in bits and pieces almost every night while I washed dishes or folded laundry. What an experience.

But for those of you who’ve read the entire series, you know what I’m talking about. This is old news to you. But the fact that this movie news came out just as I was finishing the series seemed particularly ka-ish, if you know what I mean.

Books to Look For (June): History 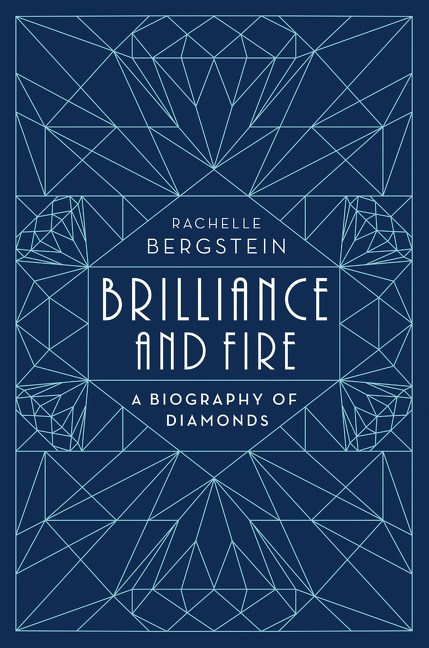 Email ThisBlogThis!Share to TwitterShare to FacebookShare to Pinterest
Labels: Books to Look For, history

You know when someone accuses you of something, or criticizes you, or rakes you over the coals, and you can only come up with a really lame excuse to cover your derrière? Well, today is your lucky day because I’ve written out some great literary excuses for you to use in such situations. Simply print out this list or write it/tattoo it on your arm and voilà! People will stop giving you sh#t. Ok, this is not guaranteed, but at least it’s better than nothing, right?

Authors I Love to Hate

You know what I’m talking about. Someone mentions their favorite writer and you’re all like EYE ROLLLLL. Of course, everyone has their own literary taste, and we shouldn’t judge one another, but we should understand that one person’s favorite is another’s nails-on-the-chalkboard.

Now you know me and how I get very emotional about my favorite writers and books (i.e. just say “Thomas Mann” in my presence and I melt into a puddle of devoted awe). Not surprisingly, I have equally strong emotions when it comes to those works that…irritate me.

Below are some authors who make me impatient, irritable, or just downright tired. I know this list will anger some people, so just direct all of your hate-mail to rachel@fakeemailaddress.blah. Thanks!